Word from the Headmaster 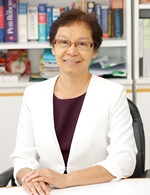 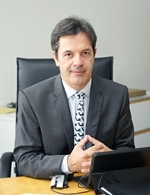 Opened originally in 1957, the LFIB (which was not yet named as such at that time!) was a modest embassy school located on Sathorn Road.

Nowadays, the LFIB is a member of ISAT (International School Association of Thailand) is having within its ranks 1061 students and has been under a significant growth of its workforce during the past 10 years. To respond to this growth, a new nursery school has been launched in September 2015 located in the same area as the current site.

Welcoming students from over 40 nationalities, LFIB offers a curriculum fully approved by the French Ministry of education (The certification has been renewed in 2018), from Kindergarten to College and is regulated by (new convention has been signed in 2017) the AEFE, a one of its kind network merging the French academic curriculum and common values shared by 496 schools in over 137 countries, bringing culture and education to over 355.000 students around the world. In addition of which LFIB is also regularly audited by the Thai Ministry of Education.

Capitalizing on its strengths and in addition to French language used during the courses, LFIB is proposing to learn several other languages (English, German, Mandarin, Spanish and Thai). Learnings are fully accredited by internationally recognized institutions for the procurement of the official French exams (DNB and Bachelor).

Pupils’ results prove the excellence of teaching (success rate 2018 : 100% at Baccalaureat, over 75% with honours, and 100% at DNB, over 95% with honours), and the numerous led projects emphasise the dynamism of teams and our pupils’ talents.

As the French Baccalauréat is internationally recognised in every country, former LFIB’s pupils study in France of course, but also in several European countries (Belgium, Switzerland, United Kingdom, Netherlands, Spain…) in Asia (Lebanon, Singapore, China and Thailand) and Africa (Morocco).

Through a French education within international environment, we want to provide the LFIB’s students with a methodological, conceptual, and intellectual frame, with an overall knowledge and a daily learning of autonomy and initiative that will allow them to adapt to a more and more changing and moving world.
This direction is the one our whole team is aiming to reach daily.

Enter the username or e-mail you used in your profile. A password reset link will be sent to you by email.

create Your Account today or signup with your socials: